Posted at 08:04h in Allgemein by Augentrainingadmin6574
0 Likes
Share

As you can often read on our blog, eye training is helpful for various visual impairments. This also applies to corneal curvature.

What is corneal curvature? 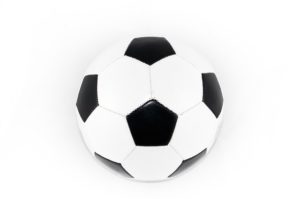 Corneal curvature, also called astigmatism, describes an unnatural curvature of the cornea. The common human cornea has the shape of a perfect dome and is round like a football.

Our cornea is held in this round shape by the traction of the four straight, outer eye muscles.

If an imbalance occurs due to different tensions of the eye muscles, some parts of the cornea become flatter and others steeper. This results in an oval curvature of the cornea.

The cornea is the clear part of the eye. It is responsible for 80 percent of our ability to focus. When we see with a natural and perfectly formed cornea, a focal point is created on the retina. 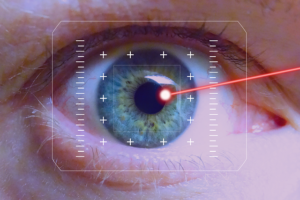 If the cornea is curved, this results in two focal lines instead of one focal point. Instead of refracting the light in such a way that it converges at one point on the retina, the bulge causes the focal point to be incorrectly imaged and parts of the light fall in differently than others. For example, one of the focal lines may lie in the retinal plane, while the other one falls in front of or behind the retina.

The result: the person affected perceives shadows, doublings or distortions.

Astigmatism can occur at different angles and distances but also in different forms. You can also have astigmatism in only one eye.

How does corneal curvature develop?

Well, here again there are only theories, none of which is able to adequately explain the cause. Exciting, isn’t it?

From the functional theory of eye training, astigmatism results from unequal tension patterns of the four outer, straight eye muscles.

Figuratively, the principle can be imagined as a tent with four fastening cords. If a string is tighter or another string is shorter, the tent will incline in this direction.

This means that the astigmatism of the tent is the same:

If the upper eye muscle is tense and thus firmer, the cornea deforms in this direction and acquires an oval shape.

How can eye training help?

The aim of eye training is to relieve the tension in your eye muscles.

The exercise is very effective! It can be carried out quickly everywhere and brings tangible and visible results in quick time. Your astigmatism will be reduced step by step and will be completely solved over time.

Corneal curvature can also occur in combination with myopia or presbyopia or farsightedness. Several visual defects can be trained in parallel or one after the other.

At last you can see well again without glasses!

This is always the goal of our eye training. Your eyes regain their natural vision and you can (again) enjoy your life without glasses.

Your eye muscles are subject to the same laws as the other muscles of your body. If you hold them too long and too often in one position without compensating them, tension will occur.

Astigmatism is a visual impairment that can be treated very well with eye training.

The Spectacle Ordinance typically consists of three columns. The values of the left and right eye are below each other. 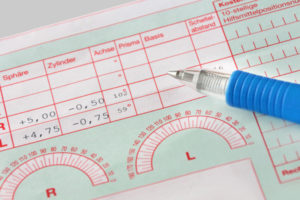 The second column is called the cylinder and describes the cylinder value, i.e. the strength of the corneal curvature in dioptres.

The value is typically indicated with a minus sign, but can also be indicated in plus.

The third column is called the axis and indicates the angle of the disturbances in corneal curvatures in degrees, the so-called axis value.

The second and third columns indicate how strongly and where exactly your corneal curvature occurs.

Optically, astigmatism is usually corrected by a combination of spherically ground and cylindrical glasses. They must form a complex curved surface, similar to the individual segments of a football.

For this to work, it is important that the optician determines the axis of the refractive error, which indicates the highest and lowest degrees of interference. It is also important that spectacle lenses or contact lenses are worn in exactly the right position. 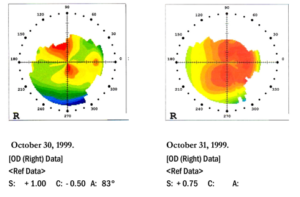 Astigmatism can be depicted. This is done by means of topographic images of the eye. These resemble a map on which the contours of a landscape are depicted.

The curvature of the cornea appears as a so-called „fly pattern“. There an astigmatism of half a diopter (Z:-0.5) can be seen. The „fly pattern“, which shows the astigmatism axis – in this case 83 degrees ( A:83) – has to be observed.

The next figure shows the same eye after eye training. The so-called „fly pattern“ has dissolved. There is no more corneal curvature detectable. The eye has returned to its normal state. A concrete proof that the eye training works, but best you convince yourself – your personal, better vision is in the end the best proof.

Astigmatism, also called astigmatism, is a kind of refractive error in which a point-shaped object is imaged as a line or rod. As mentioned above, this can lead to blurred vision.

A distinction is made between regular and irregular corneal curvature. Regular astigmatism is much more common. This occurs when the refractive power of the cornea along the vertical line (the 12 o’clock / 6 o’clock axis) is greater.

If the greatest refractive power of the cornea lies on the horizontal line (the 9 o’clock / 3 o’clock axis), this is referred to as irregular corneal curvature. This occurs much less frequently.

Here there are various variations. Regular and irregular astigmatism can also occur simultaneously. It is also possible that only one eye is affected or that it occurs at different angles in both eyes. In very rare cases, corneal curvature may also occur in the lens or retina.

As already mentioned, this is caused by the tension of the outer eye muscles.

A curvature of the cornea is therefore not something one has to accept, it is variable and can normally be corrected: the key is „relaxation“ and targeted movement.

Checking the curvature of the cornea

With online eye training, there are vision tests that you can perform yourself and thus make your training progress measurable. Find out more here: Vision tests.